What is a glitch? Glitches are mistakes in movies and TV shows. They can be technical goofs, continuity errors, or anything that makes you scratch your head and say, "Huh?" We who love Disney films know that they are flawless, don't we? Read on...

New glitches added on the first of every month.

In The Jazz Fool, the legs on Mickey's stool keep changing color.

In Gus, when Crankcase thinks Andy's fallen out the hospital window, he runs into the room; though we can't see Andy, his hiding place should be easily visible to Crankcase.

Tony is surprised to see Violet's parents in the car. Who did he think was going to drive the kids to the theater?

In Lighthouse Keeping, Donald talks without moving his mouth, er--beak.

Edgar leaves the back door wide open when he goes on his little catnapping jaunt.

In Casey Bats Again, Casey's triplets should be older than the twins, but when we see the girls all lined up on the sidewalk, it's the other way around.

In The Three Musketeers, the sack's mouth is tied in a knot, but when Pete throws it, it suddenly has a cord wrapped around it. No matter; the girls somehow get out of it while locked in the trunk.

Herc and Phil are standing on bare dirt on Phil's island, which suddenly changes to to grass.

The bucket, mop, and broom just appear on the landing of the Three Good Fairies' cottage.

Miguel doesn't start to glow until he realizes he's invisible and intangible.

In Honey, I Blew Up the Kid, Sterling says Wayne mentioned that Adam grew while watching TV. How could Wayne say this when he wasn't even home when it happened?

Jiminy kicks off his shoes, but they are later seen neatly placed beside his bed.

Taran only speaks half the incantation, but Hen Wen performs her magic anyway.

In The Return of Jafar, Carpet could just scoop up the Sultan and carry him out of harm's way instead of placing himself in front of the horse and commanding it to stop, which, no duh, doesn't work.

Toulouse begins his painting with a couple of purple paw prints, but they are not in the finished work, unless they're covered up with other paint.

In Gus, the Atoms somehow manage to score twelve points without Gus in one game with the Rams. They must be improving.

In Mickey's Choo-Choo, the peg on Minnie's fiddle disappears and reappears. 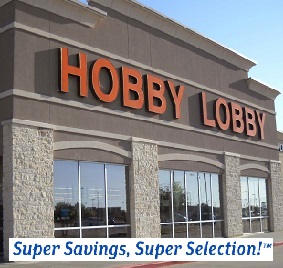 View all our Disney Glitches