Sinister Cats t-shirt
features Felicia, along with other Disney felines

It is impossible to list all the original, promotional, and concept artwork in existence for any film. These would include cels, drawings, storyboards, maquettes, and more, so we will confine this site to merchandise and promotional items.

art print set
for sale to cast members only

color slides
from a press kit

"Basil Sat for Some Time in Silence"
honoring the films of Ron Clements and John Musker, pen and ink drawing by Juliéta Colás

"He's a Peg-Legged Bat with a Broken Wing"
honoring the films of Ron Clements and John Musker, digital artwork by Keiko Murayama

Villain giclée
All Their Wicked Ways, by Tim Rogerson

33 RPM record, French, dialogue and songs from the film

book and tape set, from Spain

When You Wish Upon a Star CD, A Salute to Walt Disney
contains music from GMD

Premier Pops with Henry Mancini CD, 1988
one of the tracks is the theme from GMD played by the Royal Philharmonic Pops

Audio book CD
This is the original novel, not the Disney version

Basil Detective Privé,
There have been multiple French hardcover storybooks published with different covers, sometimes with different retellings of the movie plot

board books
from England
The Flying Kidnapper and The Clockwork Queen

Disney A to Z by Dave Smith
contains multiple entries

Disney's Treasury of Children's Classics from the Fox and the Hound to the Hunchback of Notre Dame
conatains a 20-page retelling of the story with pre-production art & behind the scenes information
NOTE: the second edition of this book leaves out The Great Mouse Detective

An Animator's Gallery: Eric Goldberg Draws the Disney Characters by David A. Bossert
contains a drawing of Olivia

Disney Dossiers by Jeff Kurtti, 2006
Basil, Dawson and the Flavershams are listed, with photos and personal information, under "Other Mice: Great Mice of Mystery," and Ratigan under "Villains: Men of Means"

comic book
bilingual: the story of the film in both English and Norwegian

Donald Duck comic magazine #21 of 1993, Dutch
contains a history of Basil
the 2005 issue of Winterboek, another Dutch magazine, contains the same article

Picsou magazine, French
With a Great Mouse Detective board game

Movie 87
contains a 2-page article that is mostly pictures

Files Magazine: Focus on Sherlock Holmes, 1987
contains a 6-page article on GMD, no pictures
this magazine needs a good editor, but it is informative and entertaining

sampling of Japanese magazines and/or books

Halloween mask
made in France by Cesar

pocket calendar
made by Panini

character glass
made in France

ceramic stein
Basil is among the characters on this animation timeline

villains beach towel
including Ratigan; this same montage is available on a postcard

Disneyland 40 Years of Adventure map,
features Basil and Dawson among the characters around the border

coasters,
from Japan, made of paper

DVD, 2002/2010
shows both covers plus collectible tin
In the UK, fans could get their choice of collectible sleeves

Classic Card Collection, 1997-2005
Suncoast video offered cel cards with video purchase,
The picture of Basil on the folder makes you think there was a Great Mouse Detective card, but we've never been able to find one

VCD video disc
from Malaysia
We are unfamiliar with this format

History of Art pin, limited edition from Japan
for the film's 15th anniversary

Ears of Excellence pin
for cast members only

Fidget pin, limited edition, 2005
from the Just a Pinch of This and of That framed set

Basil and Dawson pin, 2010
from LE set of mouse pins

Marquee pin
the same artwork as the 30th Anniversary pin, but with an added background
limited to 300

Ratigan pin,
from the Framed Villains series, limited to 700

Ratigan pin,
from yet another Villains series, limited to 250

Ratigan with Felicia pin,
limited to 700, from the My Cat series

Basil and Dawson in sailor costumes pin,
limited to 1000, from the Disney Disguises Reveal/Conceal series

various posters from around the world

credits card
9x12" card featuring credit list on the back

copyright guide
gives information to retailers on promoting the film

certificate
not sure how you could win this

Rice Krispies cereal box
from Finland
2 versions, with cutouts on the back

Disneyland brochure
features an ad for the movie

deck of playing cards
from Japan

trading cards
from the Disney Treasures sets 1 and 2

Ratigan trading card
same as above, but with the Disneyana Convention logo

Trivial Pursuit cards
from the game of the same name 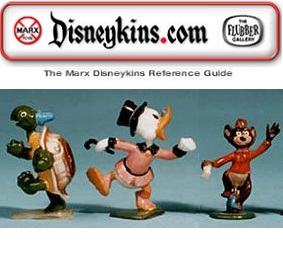 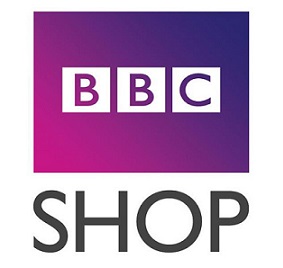 OUR TOP 10 LIST OF MERCHANDISE WE WISH DISNEY MADE

Here are some suggestions for new merchandise featuring Basil and friends. We would definitely buy all of these items. Are you listening, Disney Merchandise department?